Get Your Estimate
Menu 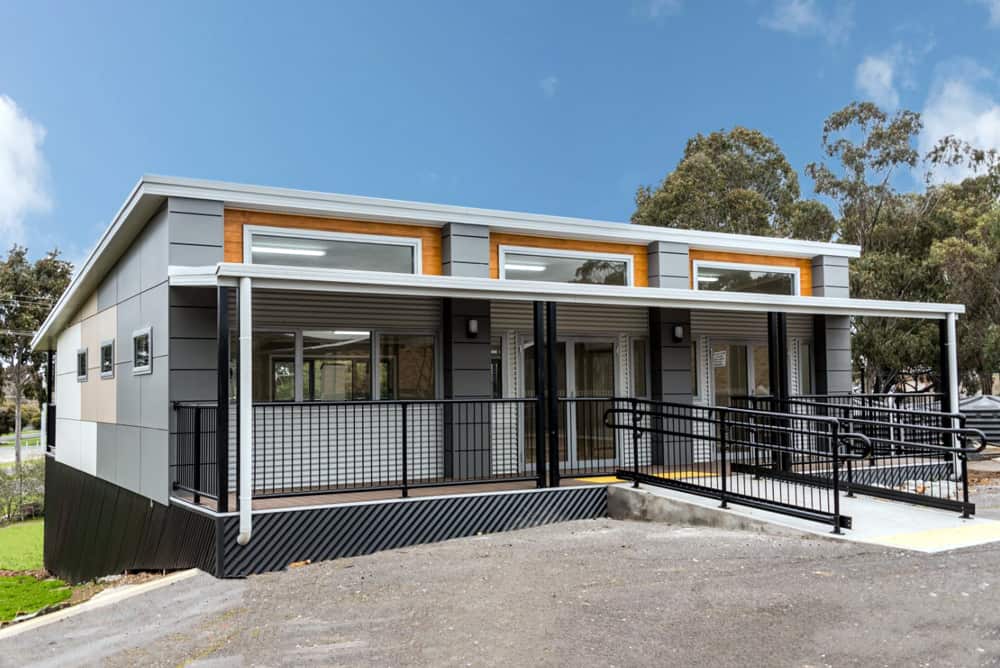 Traditional construction methods take a long time to erect. If a company is looking into expanding office space or a school needs additional classroom space, it could take months for the project to complete with stick-built construction. Classroom buildings can take up to a year to build, even without accounting for budget reviews, permits and all other hassles involved.

So where can schools and companies turn when they need to add space in a week to respond to demand?

Portable classrooms and modular office buildings, on the other hand, can be built in a factory.

These buildings are built in a controlled environment, without concern of harsh weather or other interruptions getting in the way.

When it comes to classrooms and office spaces, time is of the essence. You may not have the luxury of time, so a traditional building is not ideal. Modular construction helps bypass the limitations of stick-built construction.

What is Modular Construction?

Modular literally means come in modules, or sections that are built offsite and transported to your building’s location.

Modular construction is paving the way for new construction, offices and large-scale buildings to be built quickly and meet stringent requirements.

In the past, when people heard the term ‘modular’, they would often think of trailers. A trailer is considered a mobile home and will not have to meet the same building standards that a stick-built building has to meet.  It is not even close to the current modular builds we are discussing here.

Modular construction requires that all buildings be up to local code.

When hurricanes battered the East Coast, a lot of traditional buildings were destroyed, but modular builds remained standing. That is because the modular builds were built in a factory to meet or exceed:

Modular buildings will be sent to the construction site on tractor-trailers.  Most times, they will be divided up in multiple loads and come in many sections because the tractor needs to be able to safely navigate highways and local roads.   You have probably seen the’wide load’ transport sign at one time or another on the highway.

You may or may not need to put in a foundation, depending on if the building will be temporary or permanent.

If the building is permanent, the roof will be lifted onsite and a crane will be used to place the building on its foundation.

A seam will be present where the modules are put together, but the work being performed on the building after it is set will do a good job of hiding the seams.

Now that we have the basics of modular constructions down, let us consider the different forms commonly used.

You have two main options when having a modular structure built:

Each modular type has its own benefits.

A permanent structure is built offsite and delivered to the site as modules. The modules will be lifted or placed into place using a crane. These modules can be integrated into site-built projects, too. The permanent construction means that the building will be put on a foundation with the intent of it remaining in place.

Relocatable buildings, or temporary modular buildings, can be reused or repurposed several times. The same great construction methods and adherence to local codes are in place. But these buildings can be transported several times to different building sites.

Temporary modular buildings are used most often for:

Reconfiguring these spaces is affordable, and they are not installed permanently on a foundation. The manufacturer will have their own guidelines on the best practices to follow when installing their temporary building.

What Is The Life Expectancy of a Modular Building? 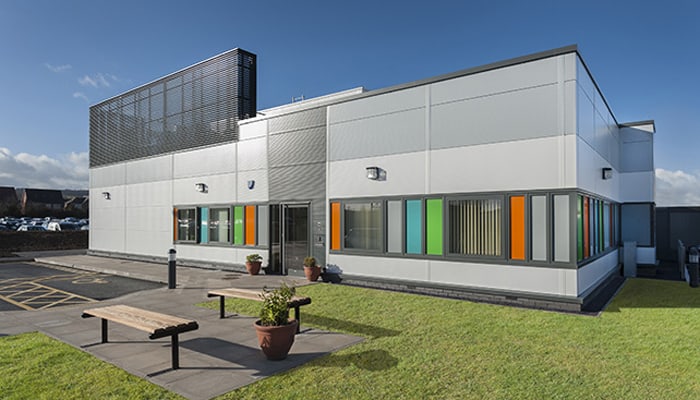 Modular construction is sound and will often last as long or longer than a conventionally built structure. The permanent buildings do not have a limited lifespan, so with the right upkeep, you can have the building for 30, 40, 50 or more years.

Modular buildings are no different than stick-built in this regard.

Temporary modular buildings have a lifespan of 20 to 25 years. If you plan to maintain and renovate the building over time, this lifespan can be even greater.

What Common Misconceptions People Have About Modular Buildings?

When a person hears the world “modular,” they often think of a mobile home or building that has one of the following issues:

If you choose the right supplier, you’ll have an exceptional building that is able to meet all your structural needs and requirements. Gathering this information can be tedious, but we can help.

The supplier you choose should have a good reputation and be able to offer a product that is reliable, customizable and delivered faster than traditional methods to erect the building. The supplier should also help you with the interior and exterior requirements you have so that your building can fit in perfectly with the surrounding buildings at your classroom or office.

5 Reasons To Choose Modular Construction for Your Portable Building

If you’re building an office or classroom, there’s a good chance that there are a few things that concern you:

Modular construction stands out in all of these areas and offers a lot of advantages that are simply not possible with traditional construction.

Quick turnaround times are important. You need portable classrooms this year – not next year. When time is of the essence, modular construction allows for buildings to be built in half the amount of time that it takes for a stick-built building to be built.

Strict protocols and the building being constructed in a factory allows for:

Buildings can be built day and night if there are enough crew members to work on them. If a building needs to be used as soon as possible, it can take as little as 12 weeks to go from ordering the building to being ready to move into the space.

Being environmentally-friendly is important for both school and office buildings. Taking an approach that focuses on the environment is an often-overlooked perk of a modular building. The building is built in a controlled factory, which produces less waste.

Materials are not being subjected to the weather either, so there’s even less waste.

The reduction in waste between modular and traditional construction is significant. Offices can also promote that their building was constructed using green practices because it was.

You deserve a building that meets the highest standards. When a building is built onsite, the materials are going to be exposed to the elements. A bad snow storm or heavy rain can delay the project while exposing your building’s framing and interior to the elements.

Modular buildings are built in a highly controlled area.

The buildings will undergo internal inspections, but more importantly, local agencies will also have to conduct their own inspections on these buildings. Since a modular is treated and valued the same as a stick-built building, it also needs to meet the same standards as these buildings.

There are a lot of builders and inspectors that claim modular buildings are built stronger due to them being transported to the site. A lot of homes would not make it down highways or roadways due to structural weaknesses.

Modular buildings come 90% complete to the site, and these buildings have been designed to be transported.

The strength of a modular is impressive, and often exceeds the strength and standards of a stick-built construction.

Temporary or permanent buildings can be built. If you choose a temporary model, you’re increasing the flexibility of the building drastically. Temporary units can be taken apart, transported and assembled at another site.

Schools will often purchase temporary buildings because they can be easily transported to another spot.

Temporary buildings are also often used while additions and other longer projects are taking place.

Of course, the modular builder will discuss specific pricing options with you, as the price will vary greatly depending on the options and materials chosen.

In an office setting, time is money. You’ll not only save money, but you’ll also be able to have your building built faster, which can make you more money, too.

Tax benefits also exist, which many people overlook. Schools and offices can deduct the depreciation of a modular much faster than that of a traditional building. The depreciation schedule can be accelerated to 7 to 12 years for a modular rather than 30+ years using conventional construction methods.

Modular construction is the right option for office and classroom space. Construction is completed in half the time when compared to traditional construction, there’s less material waste, and you have the option of temporary or permanent structures.