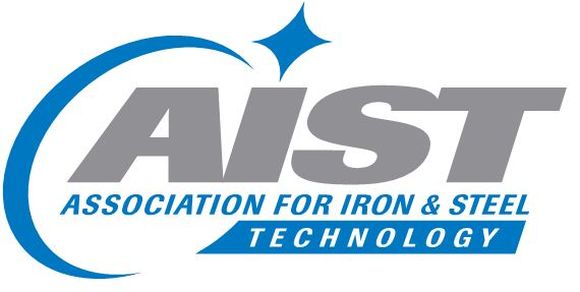 The Association For Iron & Steel Technology, or AIST, aims to advance the development, processing and application of steel and iron. The organization has more than 18,500 members, 20+ local chapters and more than 30 technology committees in over 70 countries.

AIST also provides resources for those working in and doing business with the steel and iron industries.

The organization is also a Member Society of the American Institute of Mining, Metallurgical and Petroleum Engineers (AIME), which is one of the U.S.’s five Founder Societies for engineering.

AIST is a non-profit organization with thousands of members in more than 70 countries.

Prior to the formation of AIST, AISE and ISS were separate organizations. ISS was formed in 1974, and was a sister society of AIME. The other societies include:

Most of the initial members of ISS were previous members of TMS, although many maintained memberships to both societies. In 1995, ISS created a new strategy and mission statement for the future, which included the construction of a new headquarters building. ISS shared this building with TMS until the formation of AIST.

In 2016, AIST purchased that building, and TMS moved into a new office.

AISE formed in 1907 with a group of 28 mechanical and electrical engineers from prominent iron and steel companies. At the time, the group was known as AISEE (Association for Iron and Steel Electrical Engineers) The group quickly expanded and required a full-time manager. John F. Kelly was appointed AISEE’s the first Managing Director.

The organization’s name changed to AISE in 1936 to reflect the growth of engineering fields.

At the time of consolidation, AISE had 18 district sections, 16 technical divisions and 21 subcommittees. At the time, Ronald E. Ashburn was serving as AISE’s eighth managing director. He now serves as the Executive Director at AIST.

Both organizations grew and expanded their efforts over the years, but in 2004, the formation of AIST allowed these groups to consolidate their activities and better focus their efforts on helping the iron and steel industries thrive.

AIST’s Digital Library offers a wealth of resources, including industry data, access to the organization’s technical journal and conference proceedings from industry conventions, including AISTech, AISE Annual Convention and ISSTech.

AIST publishes Iron & Steel Technology, a technical journal for metallurgist, steel manufacturing, engineering and operating personnel. The journal is the organization’s official monthly publication and is the most widely circulated journal of its kind available today.

The journal covers the latest developments and breakthroughs in operating practices, steel making process, equipment and other processes in the iron and steelmaking industry. The publication includes peer-reviewed articles, industry news, product highlights and an industry calendar of upcoming events.

AIST provides industry data that gives users an overview of the current state of the global steel industry, including:

Data is organized by country, so you can easily view companies in each region or zone.

The 2020 directory is the most updated version and includes information on:

More than 1,500 companies are included in the directory, with more than 15,000 key personnel listed. The e-book version offers:

The e-book, which is available as an .epub file, allows you instant access to the directory.

For more information or to download the current directory, please visit AIST.org.